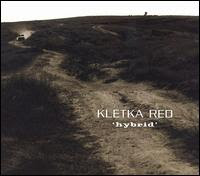 Ooh, thanks for the info and video.
Incidently, I just added yesterday Ne Zhdali to the Prog Archives.com database and I mentioned Klekta Red in the bio and I got intrigued as to how it sounded.

absolutely, leonid soybelman is really good...love all the ne zdhali music..kletka-hijack, hybrid, both are very creative ventures of passionately intelligent and witty people. never can understand why sometimes music of this caliber does not take off, commercially (but i'm not really surprised)

29047126483369175 I play dofus Replica Watches for one year, I Replica Rolex Watches want to get some Replica Watch kamas to buy Replica Chanel Watches item for my character. So, I search "Replica Swiss Watches" on google and found many website. As Exact Replica Graham Watch the tips from the forum, I just review the Swiss Replica Watches websites and choose some Replica Montblanc Watches quality sites to Replica Cartier Watches compare the price, and go to their Replica Breguet Watches online support to make Replica Breitling Watches the test. And Last Chaos Gold I decide to use Replica BRM Watch at the end. And Tag Heuer Replica Watch that is the Replica IWC Watch beginning..

Keep 'em coming... you all do such a great job at such Concepts... can't tell you how much I, for one appreciate all you do! Replica Watches